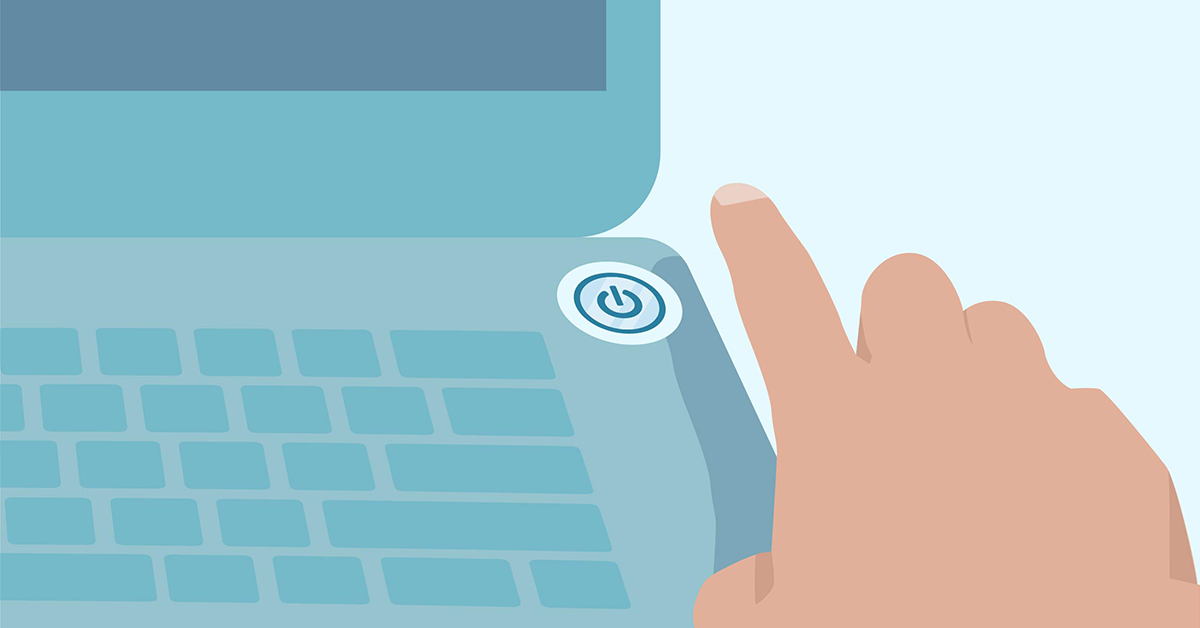 What’s Best for Your Computer: Shut Down or Sleep?

Most homes are trying to reduce power costs by turning off lights and appliances, but do the same rules apply to computers? After all, it requires more than flicking a switch on your way out the door. Some people believe you should shut down after every use to save wear and tear, others believe you should never shut down your computer – ever. Others simply want to make sure the pages and apps they left open are still there waiting for them. So, who’s right and what are they really doing?

Back when computers were clunky behemoths that took a long time to start, you’d go nuts at the person who shut it down when it was your turn. If you have an older computer, maybe you still do. Modern computers actually have two options for their downtime: Shut down or sleep.

When it shuts down, the system goes through and closes any open programs (often prompting you to save first), then gradually cuts power to all components. It’s a methodical process that seems quite fast to us but is actually made of 100+ intentionally ordered steps. If there’s a sudden blackout or you hold the power button until it turns off, it means the steps aren’t followed and damage is possible. The second option is to put your computer to sleep. This can be triggered by an automated timeout or a user click. Your system uses a special type of memory called RAM to hold all your running programs exactly as you left them but use minimal power. The hard drive stops spinning, the graphics card lets the screen go black, and even the system fan slows to become almost silent. When you wake it by moving the mouse or pressing a key, it ‘wakes’ again almost instantly.

Reasons to Shut Down

A switched off computer isn’t drawing power which is a tick for the environment. But shutting down is about more than saving power. It can sometimes give improved stability over a machine that’s been running for days/weeks. This is because every time you shut down, you give your computer a chance to clear out all temporary junk files it’s been carrying in memory. It also triggers various health checks on startup that may otherwise be missed, important routines like checking for updates or scanning for viruses. It’s certainly more convenient to spend an extra minute booting up than lose everything to a cyber-attack. For older computers or those under heavy strain like gaming or video editing, shutting down also provides a necessary chance for the components to cool down.

Speed is the big selling point here. You can literally sit down and start working where you left off without the delays of bootup, finding your program, opening your saved files, scrolling down… it’s all right there and ready. You can even tell it how long to wait before putting itself into sleep mode, just in case you get called away and forget. Windows updates still run in the background, so that’s okay, but it’s important to note that your computer might get stuck waiting for a reboot that never comes. Those pending updates may stack up, ineffective until it either forces a reboot or becomes unstable enough that you give in to a restart.

The best method is….

Since the whole point of having a computer is that it’s ready to work when you are, we recommend shutting down at night when it’s definitely not in use but using sleep mode during the day. Updates will get all the rebooting they need, memory is refreshed for the new day, and you’ll get the best of both worlds – speed and stability.

This website uses cookies to improve your experience while you navigate through the website. Out of these, the cookies that are categorized as necessary are stored on your browser as they are essential for the working of basic functionalities of the website. We also use third-party cookies that help us analyze and understand how you use this website. These cookies will be stored in your browser only with your consent. You also have the option to opt-out of these cookies. But opting out of some of these cookies may affect your browsing experience.
Necessary Always Enabled
Necessary cookies are absolutely essential for the website to function properly. This category only includes cookies that ensures basic functionalities and security features of the website. These cookies do not store any personal information.
Non-necessary
Any cookies that may not be particularly necessary for the website to function and is used specifically to collect user personal data via analytics, ads, other embedded contents are termed as non-necessary cookies. It is mandatory to procure user consent prior to running these cookies on your website.
SAVE & ACCEPT